Founder and CEO of PFSbrands, Shawn Burcham, recently sat down for an exclusive Q&A interview to discuss his new book, Keeping Score with GRITT: Straight Talk Strategies for Success. Learn more about why Shawn wrote the book, how it can benefit you, and what he hopes to accomplish! 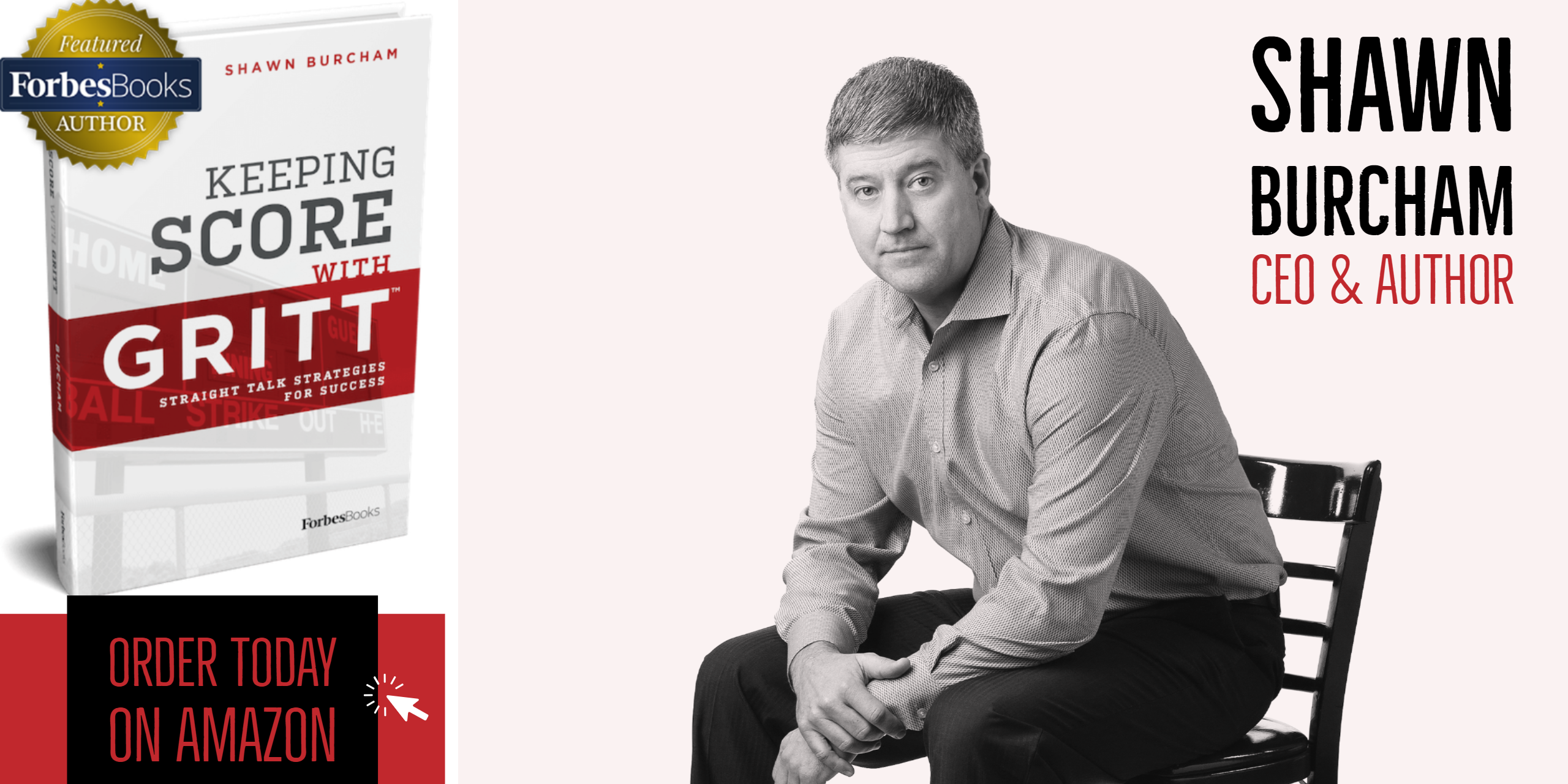 Your new book is called Keeping Score with GRITT: Straight Talk Strategies for Success, published by ForbesBooks. Tell us about it!

Burcham: It's been a big project - something I've been working on for several years, but pretty extensively over the past year. I’m excited to get this out into the hands of our employee owners, vendors, customers, wholesalers and the whole community.

It’s a big honor to be endorsed by Forbes and a testament to not just the entrepreneurial story of PFSbrands, but the ESOP (Employee Stock Ownership Plan) story as well. The culture that we built here at PFSbrands and everything we've done as a group were some of the things that attracted Forbes’ attention.

How is your book unique compared to other business books?

Burcham: It talks about challenges in my childhood and some of the challenges of starting a business and growing the business. It's a little mix of my personal story with the business story as well. Ultimately, it’s geared to anyone that wants to improve or be more successful in their life.

The title of the book mentions GRITT. Can you speak about what GRITT means to you?

Burcham: GRITT for me is an acronym. A lot of people think I don't know how to spell ‘grit’, but it’s an acronym and personal philosophy that I've had my whole life: Goal driven, Responsible, Involved, Team, and Tolerance of failure.

That last T is one of the most important things we talk about as a company. Tolerance of failure is the idea that people have to be willing to fail if they want to improve and get better (in whatever they do). If you’re not willing to put yourself out there and fail, you won’t reach your goals.

What was the true inspiration behind making the decision to take on this endeavor and write the book?

Burcham: I've had multiple people tell me that I should write a book over the years. But the thing that pushed me over the edge was meeting Jack Daly last February. He is a mentor of mine and told me that I had a great story and that I ought to kick this thing over the finish line.

That really motivated me and he was gracious enough to introduce me to ForbesBooks, the company that helped him write and publish his book, Hyper Sales Growth.

Having great mentors can be impactful in a number of ways and Jack Daly is a pretty good one to have. Who can benefit from reading your book?

Burcham: Anyone that wants to be more successful can benefit from this book. It’s great for leaders, CEOs, founders, entrepreneurs, managers and even employees. There are a lot of good tips for anyone that feels stuck or is “in a rut” and looking for a way out.

Ultimately the book was written to help others become more successful in work and in life. That's our core purpose at PFSbrands and is really what I live by. I truly believe anyone can benefit from this book – unless they don’t want to improve!

You talk a lot about goal setting. Can you elaborate on how you think goals should be set?

Burcham: I hit goal setting pretty hard in the GRITT section. It’s the culture that we live here at PFSbrands. Much like the 80/20 rule in looking forward and backwards, we have a similar 70/30 rule in terms of being successful with your goals, which involves tolerance of failure. If you achieve 100% of your goals, you're really not pushing yourself enough.

As I've talked to different people, that philosophy on goals hits home because the majority of people are surprised when I say, why would you want to hit 100% of your goals? It’s a different mentality to have that tolerance of failure and making sure you pushing yourself to bigger and better things.

The strategies you discuss, including goal setting, don’t just apply to business, right?

Burcham: The purpose of the book is to help people – all people. And as we all know, people have lives outside of work.

The real joy that I get out of these strategies is the fact that they’ve helped people in their personal lives. I've seen so many of the tools I implement at work help me at home – including Kolbe® scores and StrengthsFinder from Gallup. These tools have transcended and helped me in my personal life, as much or sometimes more than what they've done in business. If we can just share some of those things with other people, we can change the world.

Do you ever recall a time where you envisioned yourself writing a book?

Burcham: No! What most people don't know about me (and I don't talk about it very much) is that I had a major hearing problem as a child until I was eight years old: I had 50% of my hearing. It caused a lot of speech problems since when you're not hearing things correctly, you don't verbally say them back out loud.

I grew up going to a small Catholic school from first grade through eighth grade where I went to church three times a week – often having to help with the readings and other parts of the service. It was literally the worst thing for me to get up in front of a crowd because I couldn't read or speak very well. Reading and writing in front of people were my least favorite things to do not only as a young child but through college, too. That's why I say there's a lot of irony in me writing this book and the fact that I read a lot now!

Is there any advice you have for people that struggle to pick up a book and start reading? Is there any way they can break through that wall?

Burcham: The biggest thing, for me, was finding the passion for something I was really interested in. For me, it was stories about other people who were going through some of the same challenges I was going through. There's a quote in my book to the effect of “the only people that don't like to read are those that haven't found something to read that they're passionate about.”