Adrian Gostick, author of The New York Times, #1 USA Today and Wall Street Journal bestselling leadership books, including the new The Best Team Wins, joined the QSR Nation Podcast crew to discuss how the modern workforce is evolving and what that can mean for any business including foodservice.

Below is Part 2 of 2 summarizing what they discussed. Read Part 1 here.

Can you explain The Motivators Assessment you developed? 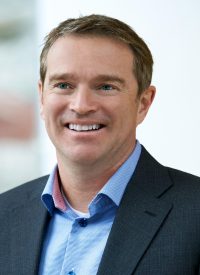 Gostick: There are many great strengths or personality tests already out there for companies to use, but we noticed that there was no scientific assessment that helped you understand what your core motivators were.

So, about five years ago, we (along with psychologists) created an assessment called The Motivators Assessment, which took us years to develop and was tested around the world. We found 23 different human drivers, everything from creativity to learning to excitement to money – and found that we’re all very different. In our book, The Best Team Wins, we bring these ideas of motivators in to help you really understand what drives your people in their work. Now, more than 60,000 people have taken this assessment.

What is the most surprising #1 factor that you found in a lot of these motivational tests?

Gostick: A couple of things were surprising. The first is around autonomy. Daniel H. Pink wrote in his book, Drive, about how autonomy is the number one driver for human beings. What we found, is that autonomy is actually the #1 driver for older workers (forties, fifties, sixties).

We found that autonomy is actually one of the bottom motivators for people in their twenties. So again, we tend to think of all people as the same and everyone is driven by autonomy, when that’s certainly not true. I interviewed a millennial once who even described autonomy as “terrifying.”

Where did money/finances come into play for motivators?

Now, this doesn’t mean that money is not important. We find with younger workers that money is more of a threshold issue. So, if you are not paying them enough to pay their student loads, rent, get a car, they will probably leave you. But if they pass that threshold and are making enough to have time for my family, friends, making an impact, learning and growing, there is a much greater probability that they will stay with you than if it’s just about the money.

The top three motivators for 20-year-olds were Impact, Learning and Family.

Do you think that as long as we’re feeding the Impact motivator and that millennials actually have enough time to do what they want to do with their family, that money will be less of an issue?

Gostick: The focus simply on compensation will never win, there is always going to be someone who will pay more. And that’s why these ideas about creating a learning organization and a place where people understand the mission and how they are contributing to it is so important.

The CEO of Bell Helicopter told us of a time he had a big project over the holiday season and offered to pay a bonus for workers that worked over break. His older workers agreed, but the millennials said no due to family or friend obligations. They couldn't be paid enough to work over the holiday.

We have to change the way we manage this new generation – they are looking for different things than my generation did. The question is though, will they get to a different point when they have mortgages and kids, etc.? Some of them – yes, perhaps. But the generations all change and not everyone is the same. This is one little case where our statistics are showing us interesting things that we shouldn’t ignore as managers.

When you look at the Gen Xer’s, they do have mortgages and kids now. So how do you balance the different types of generations in your workforce for your future sustainability? How do you suggest leaders keep that balance since not every method will suit all and there is no one size that fits all?

Gostick: It’s a good question and I sometimes get that feedback from leaders saying how they feel like now they’ll just be pandering to their younger workers. But what we find is that once we start doing a few things that will help our younger workers, it actually helps everyone – even the Gen X and the Boomers.

For instance, younger workers are looking for more recognition. Well, no one is going to be offended by you giving out more recognition; in fact, they’ll typically be appreciative even though it may not be one of their strongest motivators as they get older. And when you think of how you’re going to do more directly relevant learning and career development for our people, yes, this is going to help the millennials, but it’s going to help all people. And lastly when you think of Impact and more clearly articulating the meaning of your work, that will help everyone.

Listen to the full QSR Nation podcast (#103) or subscribe at pfsbrands.com/qsr-nation-podcast/.
For more information about Adrian Gostick, visit adriangostick.com or thecultureworks.com.